We have often featured stories and videos of celebrities in their expensive and exotic cars. Most of the time, they are Bollywood actors or actresses. Along with expensive cars, it looks like some celebs like to have humble cars which they usually use for their daily chores. Actress Shraddha Kapoor is one such actress and a video of her in a Maruti Vitara Brezza has now surfaced online. Maruti Brezza is a popular sub-4 meter compact SUV and it competes with cars like Hyundai Venue, Kia Sonet and Tata Nexon in the segment.

The video has been uploaded by Cars For You on their YouTube channel. In this video, Shraddha Kapoor is seen walking out of an apartment complex. Before she gets into her car, which is a Maruti Suzuki Vitara Brezza, she comes forward and poses for pictures. Once she was done with the paparazzi, she went back and sat in her car. The Maruti Brezza seen here in the video is the first generation model. It was available with a diesel engine only. The SUV was powered by a Fiat sourced 1.3 litre turbocharged diesel engine that generates 89 Bhp and 200 Nm of peak torque. It was initially available with a manual gearbox and an AMT was introduced at a later stage.

Maruti Suzuki later discontinued the 1.3 litre turbo diesel engine as part of the BS6 transition. Maruti completely dumped diesel engines from all their models during this time. Maruti Vitara Brezza later got a minor facelift in 2020 and it was updated with a 1.5 litre naturally aspirated engine that generates 105 Ps and 137 Nm of peak torque. This engine used to come with a 5-speed manual and a 4-speed automatic transmission. In 2022, Maruti launched the all-new Brezza in the market with several changes both on the outside and inside. The Vitara name has been removed from the SUV. It is now simply known as Brezza. It is now powered by an updated K15C petrol engine that comes with a 5-speed manual and 6-speed automatic transmission. 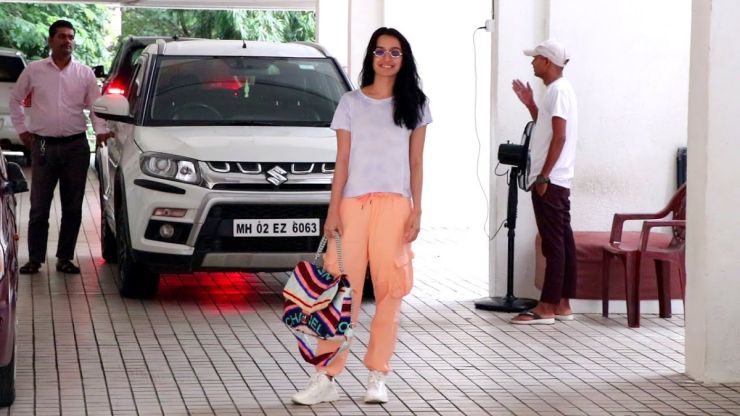 The current version of Maruti Brezza is completely different from the one seen here in the video. It now looks a lot more modern and premium while offering features like a bigger touchscreen infotainment system, connected car features, cruise control and it was also first car from Maruti to ever offer an electric sunroof. It also offers features like HUD, automatic climate control and so on. The price for Maruti Brezza starts at Rs 7.99 lakh, ex-showroom and goes up to Rs 13.96 lakh, ex-showroom. Shraddha Kapoor is not the first Bollywood celebrity to own a humble car. Sara Ali Khan owns a Honda CR-V, Disha Patani owns a Chevrolet Cruze and old gen Honda Civic, Sonakshi Sinha has an old gen Hyundai Creta and Malaika Arora Khan has a Toyota Innova Crysta. Shraddha Kapoor does own couple of luxury cars in her garage. She has cars like Mercedes-Benz GLE, Audi Q7 which is a quintessential SUV in a celebrity garage and also a BMW 7-Series luxury sedan.

Dubai Gets A New Outlet Of Iconic Persian Restaurant Shabestan